Imagine the Covid-19 could betransmitted technologically, and the use of internet facilitated its spread; wherepeople accessing their bank accounts could contract the disease from a singleclick, where people making orders online could contract the virus before their ordersarrived, and students taking online courses suffered headaches and feversbefore they could access information. Imagine how disastrous this would be astechnology plays an important role in our daily lives. Rather than beingtechnologically-transmissible, Covid-19 has aided mankind to take advantage oftechnology. This is a virus which triggered mankind to have creative use of thebrain in combating it, a virus that revealed the generous deeds and kindness inpeople. I consider worthy, the efforts in combating Covid 19 and I believe timeand money was wisely spent and mankind has displayed enough human virtues inhelping each other.

The Covid-19 has also given theworld a great lesson about so many things; it tested the strengths of someunions, the fragility of economy of different countries, it also tested therelationship between a government and the people of different nations aroundthe globe. Different countries have been using different measures to containthe virus; however, the only country which has shown capability in controllingthe virus is the People’s Republic of China. China has shown the world its unifiedand exceptional approach in controlling the outbreak; the sophisticated natureof technology employed by Chinese minds during the outbreak was exceptionallydifferent. The harmony exhibited between the people and the government was thesecret to their success, and this success story would be told to future generations.

For developing countries, thestory was not the same. Even though some countries did well in imposing socialdistancing and enforcing the policy, there are many things that lack in thosecountries to go on with life during the outbreak. The outbreak revealed how farthey lag behind the developed countries technologically. My country of originis one of those and it caused me great difficulties in taking online courses.This has put me in a situation where I am always behind my class mates whenattending online courses.

My stay in SNAI during the firstsemester was one of the fruitful times in my academic life. I have reallyenjoyed living whilst learning in this beautiful campus. The immense knowledge,international exchange and exposure I received during the semester was reallyamazing. The highly organized administration and hardworking SNAI staff memberswere also key elements who made life in SNAI enjoyable. The first semester wascompleted successfully and everybody was happy. During the vacation, somestudents stayed in Olympic garden in Shanghai and a few traveled to their homecountries.

When the outbreak was announcedI was in my country, enjoying the winter break with my family. At the beginning,when message came from SNAI that the second semester registration date will be postponeddue to an outbreak, I was delighted. I totally ignored the effect of the virusand I assumed the virus will be controlled by the specified date. By that time,I had a lot of unfinished business, besides I needed more time to enjoy with myfamily, especially with my new born baby, Lsan. However, it became challenging whenonline lessons were introduced. Although I was glad that the winter break wasextended, I had a lot of worries about the online class.

In my country, internet connectivityis a huge problem. There are no private networks. One has to go to internetcafes and pay huge sums to get internet access. The network you get in theinternet cafes and in the big International Hotels is very slow and alsoexpensive, not suitable for online learning, sometimes it is even difficult toreceive offline messages. So I had to look for solutions, often when problemsappear in life, our minds work more than usual. I had informed the SNAI administrationthat the online learning was almost impossible for me. But when I learned thatI was the only student in such situation, I decided to try all optionsavailable before deciding to quit. The best option was the Embassy of China,with a relatively faster internet, which is located approximately 4 or 5kilometers away from my home. It means I have to travel every day to attend theclass which is costly and time consuming. Imagine how much time, energy andmoney is spent to do this. I kept fighting in this situation for more than amonth. Later, when I reached the Embassy one morning, I received bad news, theChief of Administration of the Embassy informed me that the Embassy will beclosed from that day because of the Virus. Although he wanted to help, it was astrict order from higher authorities.

During the following days, Imissed some classes. One of my friends who was using internet at the Embassywas also unable to continue his classes. He decided to contact his Universityand apply for withdrawal. Later I decided to go and ask other companies. Thefirst company was a mining company, in which I followed a lot of bureaucracyfor a delayed and NO Response. The other one was the National InsuranceCorporation. I went straight to the General Manager of the Corporation and Iexplained everything. The manager asked me to write an application and to leaveit with his secretary including my phone number. The next morning while I wasenjoying a breakfast with my family my phone rang, the call was from theCorporation. Although I was hopeful that they would allow me, I didn’t expect aquick response; the caller told me that I am allowed to use the internet in theCorporation. I was really happy that morning. Even though the Internet was notstable due to the fact there are many employees who use the network, I was ableto attend classes’ regularly.

When the situation worsened dueto the spread of the virus in my country, the government announced a lock downfor 3 weeks and everybody was told to stay at home. All organizations were toldto stop working except those that provide essential services. Fortunately, theinsurance corporation was allowed to stay open with only few employees at thekey areas. The problem still was commuting to the Insurance Company daily underlock down conditions, where there was heavy police presence to enforce it.  I faced great difficulties in trying toexplain my way out each time I was stopped to be scrutinized by the securityforces. In the whole city, I was the only student in the streets carrying a bagand going for class every day.

Although it is not easy to goout every day under the lock down time, it presented an advantage, theconnection at the insurance company improved because only few employees used thenetwork. For the past two weeks, I have been attending class regularly withoutsignificant interruptions because of stable network.

Another issue was to stay disconnectedfrom family the whole day just to stay connected to the internet. I needed theinternet to do most of the assignments provided by professors after everylecture. Since there is no network at home, I was unable to leave the premisesearly, at least I had to stay connected another one to two hours after class tofinish my assignments. Sometimes I leave home early morning at 7 and returnaround 4 in the afternoon.

Because of the connectivityproblem, the accessibility of the distance learning was very distant in mycountry. The most important thing that kept me going under such unfavorableconditions was the continuous encouragement and support I received from theresponsible SNAI staff members, my friends and my Professors. I am extremelygrateful for their support.

Lastly, I would like to thank mywife Jordi, for her patience and love during this difficult situation, and mylittle angel Lsan, for his funny gestures which kept me laughing and refreshedevery time I became exhausted from class. 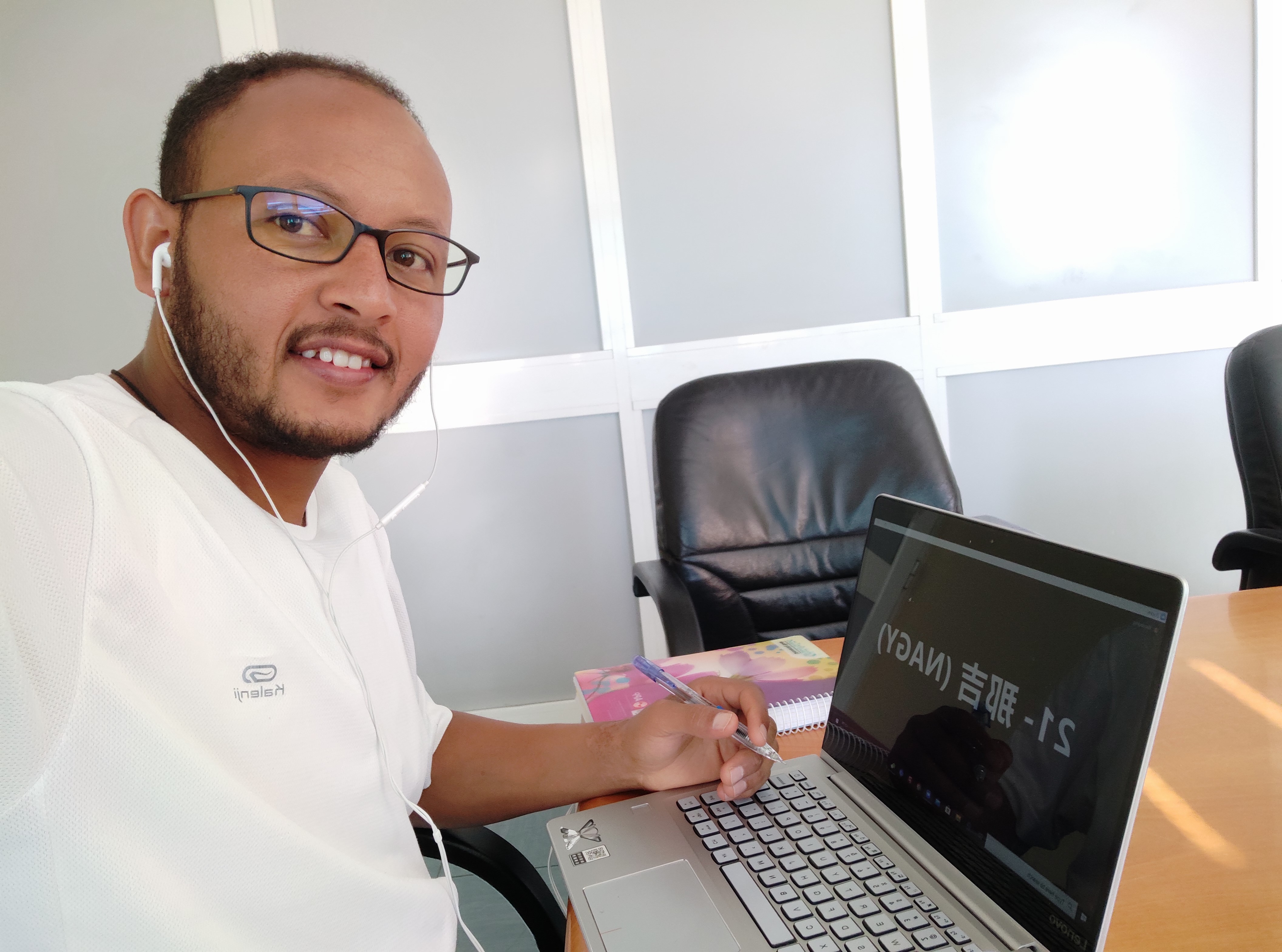